Radioactive Decay
Radioactive decay is the spontaneous transformation of an unstable atomic nucleus into a smaller one.

An atom with an unstable nucleus, such as Uranium-238, undergoes radioactive decay, emitting an alpha particle and forming a thorium-234 nucleus.  Notice that the total number of nucleons 238 hasn't changed, they have just been split between the helium nucleus and thorium nucleus.

The thorium nucleus decays further, emitting a beta particle and forming a protactinium-234 nucleus.  In this step a neutron is being converted to a proton and a beta particle is being emitted.  Gamma radiation is also emitted as part of this process.

Watch this video for more info on the alpha, beta and gamma radiation emitted during radioactive decay.

So in summary, an alpha particle is a helium nucleus, a beta particle is a either an electron or a positron (a positive electron) and gamma radiation is a form of electromagnetic radiation (a high energy wave).

These different types of radiation are able to penetrate through different amounts of matter.

And when an atom with an unstable nucleus goes through the process of radioactive decay all three types of radiation may be present, depending on the particular isotope decaying.  The chemical symbols for these types of radiation are given to the below. 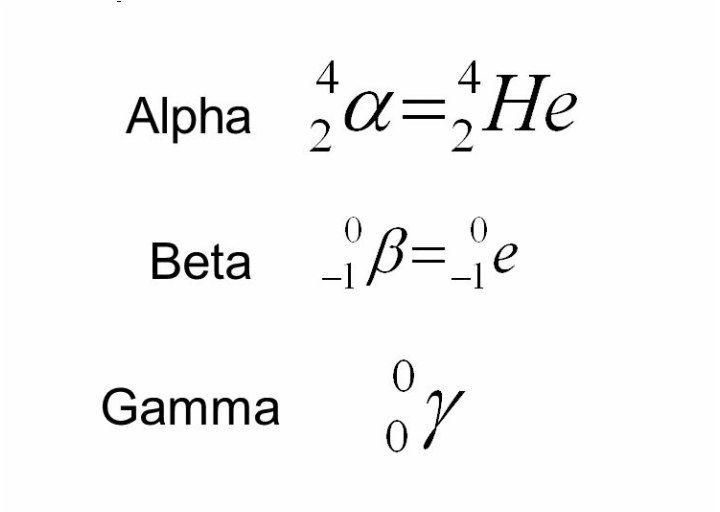